Bruce Bartlett has a bunch of interesting facts in his article on whether taxes are high or low.

But what I want to focus on is the marginal tax rate at the low end. 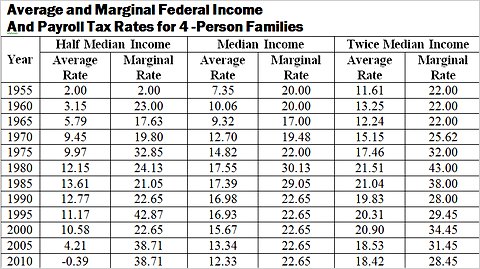 Taking the figures for 2010, we see that the average tax rate for those at half the median income is zero – actually slightly negative because they can get refunds for taxes they didn’t pay.

Is it good policy to have so many federal voters paying no federal taxes (not even 2-3%) AND have diminished incentives to earn more? It’s hard to imagine this is a good reinforcement system.