Record rainfall in the Chicago area, leading to much flooding. Chicago is a swamp between two large river basins (our house blocks from the divide between the St. Lawrence / Great Lakes basin and the Mississippi basin).

Thursday morning our back yard looked like this. where the pump is (behind the electric wire) it’s almost knee deep; deeper farther back. 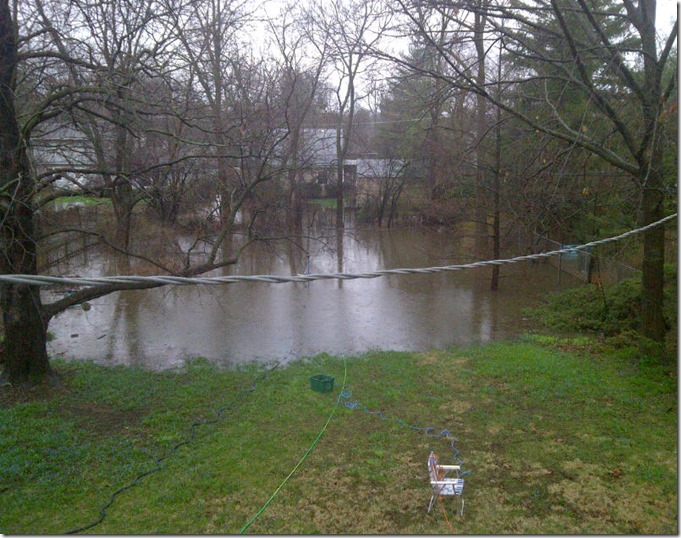 By Saturday morning the water had been pumped/drained away. The sump pump ran continually, but did keep the water from rising and causing basement problems (unlike some my less-lucky neighbors).

Today I took a bike ride around to check out the retention ponds next to the West Fork, North Branch, Chicago River.  Usually placid, it has a certain whitewater quality to it in spots. Still, it doesn’t look very big. 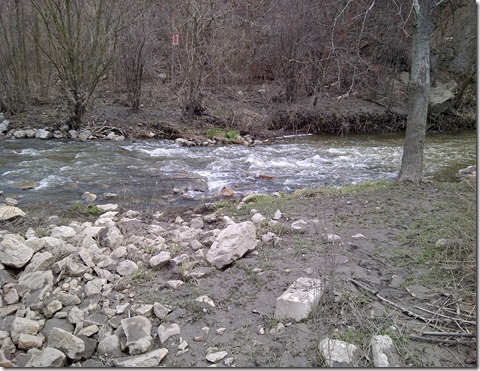 There are two large retention areas in the Techny basin that take overflow water from this river. The one in Glenview is 1.25 miles around.  This is usually a big, empty hole but now was nearly full. 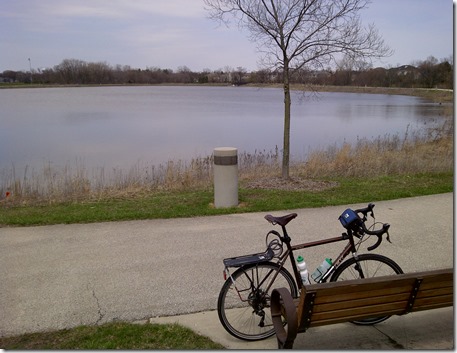 According to the Village of Glenview website, “the water level in the Techny Basin is measured in feet. When empty, the basin reads 593 feet elevation and when full, it reads 631 feet. When filled to capacity the Techny Basin holds 365 million gallons of water.”  It fills up pretty fast, in a matter of hours. While it may look full in the picture, the village graph indicates it’s 74% full when this picture was taken (and 625 feet, so there’s another 6 feet vertically to go).  These basins fill up passively when the water gets too high.

On this sunny Sunday afternoon, the water is passively draining out back over the spillway: 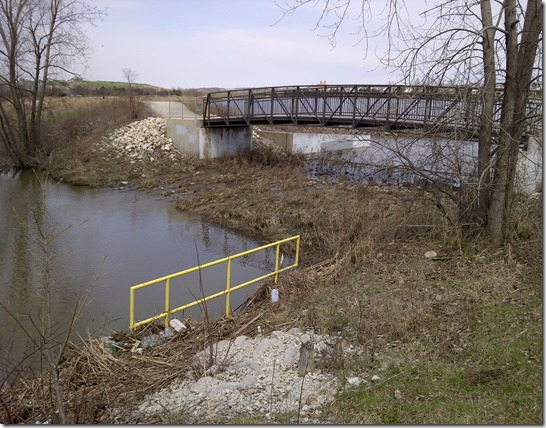 About 3 miles farther north, there’s another (slightly smaller) hole in the ground in Northbrook, also full: 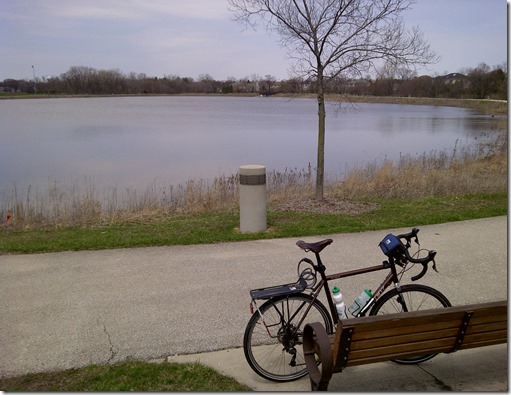 Eventually, these holes are pumped out so they can hold further water, but they aren’t being pumped out yet because the water level downstream is still high. The spillway from the pump house in Northbrook is still dry. 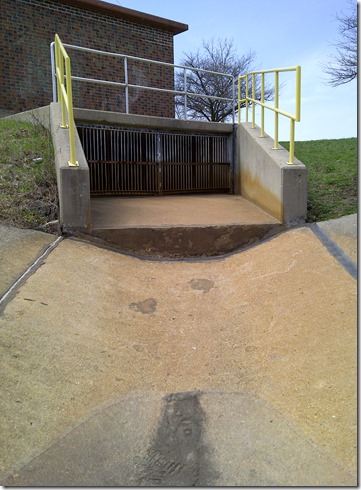 There’s more rain forecast tomorrow and Tuesday – I hope it’s a light rain because the ground is still saturated.