My graduate alma mater is a fine place, but 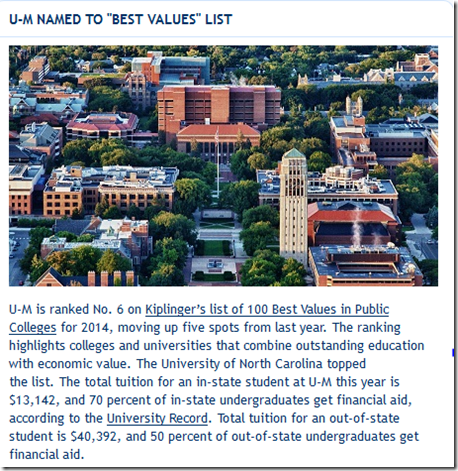 To put these numbers in perspective, consider the average wealth (net worth) of American households. Here’s a table from http://www.nasdaq.com/article/americans-have-relatively-poor-net-wealth-cm257517 , which conveniently provides international comparisons.

About a third of US households have very little wealth (<$10,000). Another third have less than $100,000, meaning their wealth would be wiped out by two kids and in-state tuition.

But, you say, what about that financial aid? Well, loans are financial aid, but as we are increasingly seeing, the loan payback is a drag on young people for years, particularly if they are spending their 20s in underemployment hoping the economy improves.

So I find the notion that UM would be called a “best value” depressing.