Two days ago, I posted my #OptOutside hike on the Friday after Thanksgiving.  This included pictures of the passive flood control system at Techny Basin taking on water.

The rain stopped Friday just after noon, so what does Techny Basin look like two days later?

The river is now going through the culverts. 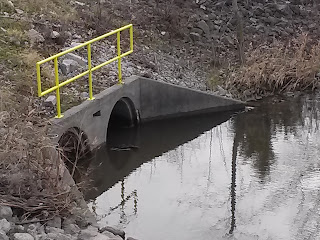 The basin is now mostly drained. 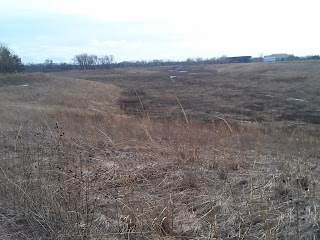 There's still some water remaining below the spillway (there's always a small pond there, but not nearly as much as this). 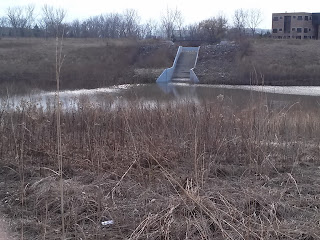 The pumping station is pumping the remaining extra water out into the river below the basin. 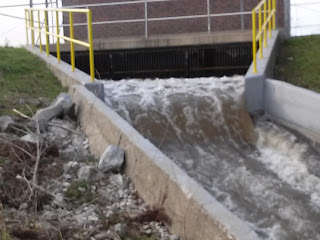 which creates a bit of a rush into the river.  Note there's a steel wall to absorb the force of the water. 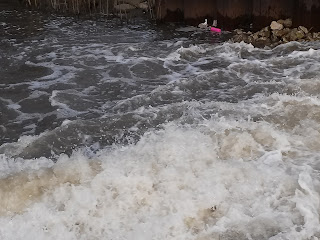 Email ThisBlogThis!Share to TwitterShare to FacebookShare to Pinterest
Labels: #OptOutside