And more good news for Trump

First of all, just so we understand where I'm coming from, I'm not a Trump supporter.

But I think it's important to understand Trumpism, which like many -isms has a core of appeal. (Mussolini made the trains run on time.)  And when I'm talking about Trumpism, I'm not talking about the reflexive lying and the corruption, but issues more clearly related to policy. 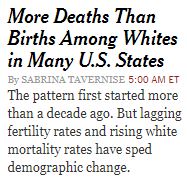 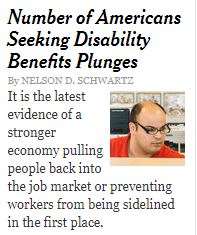 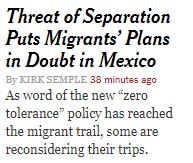 First, in most states more whites are dying than being born.

The birth part is planned, and this population decline covers most Western countries.  But it's not without angst.  I'm a member of a small Protestant denomination that's clearly losing members -- the school has shrunk from over 100 students to less than 10 who are church members, and the services look increasingly geriatric.  Earlier in life, I was in a seminary for a Catholic religious order.  If I had stayed in, I'd still be one of the youngest members of the order, even though I'm past retirement age.  Japan, which remains a closed ethnic society, is suffering the pains of a declining population.

Not surprisingly, whites are a little distressed at their decline, although it seems to be phrased as a relative thing -- i.e. hostility at immigrants.

Structurally, we're not set up at a country to be more family friendly.  This would demand an even longer post, but beyond the obvious things (e.g. longer maternity leave), we have more student loan debt, higher housing prices, more expensive health care.  All that debt load often means two working parents, with the logistic problems that creates and the high cost of day care. That makes having a large family very difficult.  If we go back to the baby boomer childhood era (1956, say), the cost/debt burden is much, much lower and one income is more likely to be enough.

Second, the harsh policy of separating children from their parents may be working at lowering the rates of immigration.

That's the point of Trump's anti-immigrant policies.  So, to the Trump base, these measures seem to considered "necessary and not that cruel".

Third, applications for disability are down.

The disability system has been a scandal for a long time, and its relation to the economic cycle clearly shows that something other than permanent disability is going on here. But the system really isn't set up at all to handle nuance.

While there haven't been any structural changes to the system, the decline in applications is a good thing.

We're paying for decades of gridlock.

America is paying the price for a generation of gridlock, going back to at least the 1990s: when health care reform failed.  We let the housing boom go, because it made us feel rich even though it locked the young out of the market (or saddled them with big debts).  We've failed to decide what we want our immigration policy to be, and set up appropriate enforcement. (Most people come for jobs; but the far right likes those cheap hotel maids and fights very tight employment verification.)  Other countries have cheaper health care and at least as good of health outcomes. We haven't reformed the disability system (or, for that matter, the larger social security system).

We have ideas, but because they inevitably come from one side or the other, they get shot down, rather than worked on and improved.