Lining up at the trough 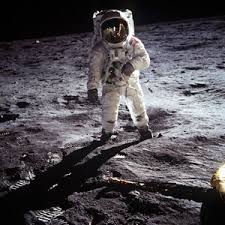 Those of us of a certain age remember when anything could be justified by referring to the moon landing: "If we can put men on the moon, certainly we can ..." followed generally by some request that was hard to justify on its own.

Now, of course, it's the bank bailout. Here's an example from an op-ed by Teresa Ghilarducci, a professor of economics at the New School for Social Research:

in their plan to bail out investment firms, Treasury Secretary Henry Paulson and the Federal Reserve chairman, Ben Bernanke, do not address the problems of older workers and retirees. The Treasury-Federal Reserve proposal should give not only investment banks but also retirees and those close to retirement the option to clear the junk — bad mortgage-based securities and their derivatives — out of their 401(k) accounts and invest in government-guaranteed bonds.

1. Is there a lot of 401(k) money in derivatives? Usually the problem is that people invest too conservatively, in money market funds.

2. Why are 401(k) investors any better than anybody else? Why save 401(k) assets but not annuities, or IRA assets, or 529 funds, or 403(b) accounts? All these are tax-advantaged long term investment vehicles. What if you could prove you were a widow or an orphan?

3. Teresa Ghilarducci suggests that after bailing out the 401(k) funds that there be different funds set up in which ... pause for effect ... the government would make all the investment choices. As if government choices didn't have something to do with the current mess.

the government would ... guarantee a 3 percent return, added to the inflation rate. (In a year with 4 percent inflation, for example, the guarantee would be 7 percent.)...

The government would pool the proceeds from all the accounts into a sovereign wealth fund, and get its 3 percent rate of return (probably more) by investing in a diversified portfolio of both safe and risky assets.

So there we are -- privatizing gains (a 3% return is guaranteed, but she doesn't say that's the minimum) and socializing losses (the government's on the hook if the return isn't met).

But I'm nitpicking here. There are problems with retirement savings (namely, Americans generally don't have enough). Maybe this idea would help. After all, if we can put men on the moon, can't we get Americans to save for retirement?
at 5:39 PM