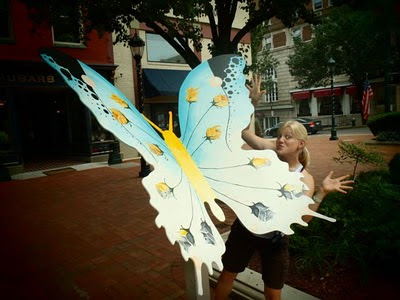 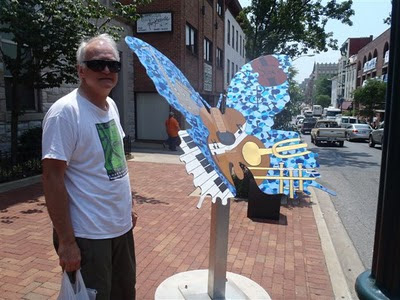 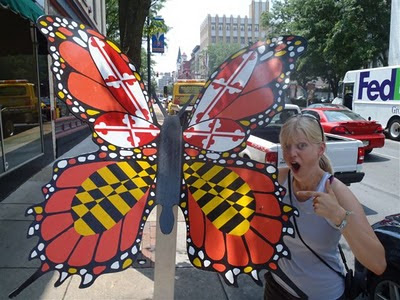 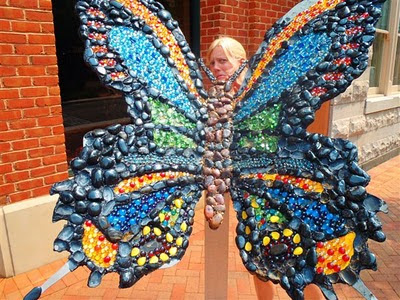 There are a bunch of butterflies in downtown Hagerstown done by various artists.  They do a good job of livening up the place.

A man in the local tourist center was very informative about the area in terms of prehistoric settlements, German immigration, and of course the extensive involvement in the Civil War.

"In 1864, Hagerstown was invaded by the Confederate Army under Lt. Gen. Jubal Early. On Wednesday, July 6, Early sent 1,500 cavalry, commanded by Brig. Gen. John McCausland, into Hagerstown to levy a ransom for $200,000 and a large amount of clothing, in retribution for Federal destruction of farms, feed and cattle in the Shenandoah Valley. McCausland misread the amount, instead collecting $20,000. This is in contrast to neighboring Chambersburg, Pennsylvania, which McCausland razed on July 30 when the borough failed to supply the requested ransom of $500,000 in U.S. currency, or $100,000 in gold."