Sunny and mild for mid-October on Saturday, but VERY windy – 30 mph or so.  At the South Haven pier the waves were coming in straight enough to ride up the river and overflow the concrete embankment of the river.

Like everybody else, I was using my smartphone camera to capture this. I only went about halfway out the pier.  There was only one guy further out, and he weighed about 350 and was a teenager to boot, so I figured he was both more foolhardy and less likely to be washed over. 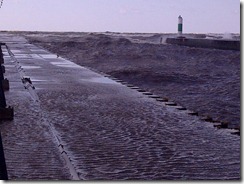 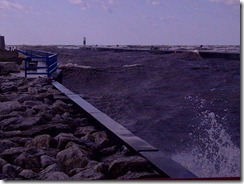 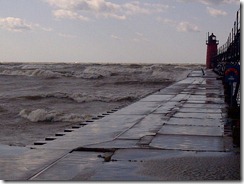 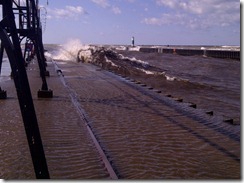