The Pew Research Center has a new report out on the increasing segregation of American cities by income.

There are interactive maps here for some large cities: http://www.pewsocialtrends.org/income-segregation/chicago/

There are no huge surprises for areas I’m familiar with, although the operational definition of “high income” seems very high.

Of the ten largest cities, Chicago is the 9th most income segregated – odd because the racial segregation of Chicago is relatively high.

Chicago also has pretty strong zoning laws; but the most income-segregated area – Houston – is famous for having weak zoning. I don’t quite follow that, but presumably some sociologists could explain that. 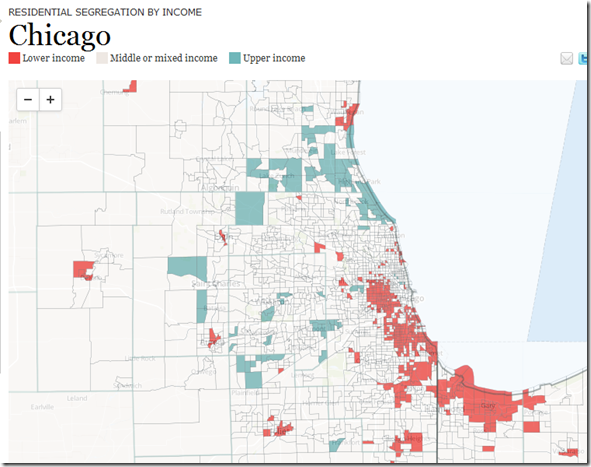