I’m retiring either early (before 65) or late.  My original plan was to have a magic number $X saved up by 2009, when Abby graduated college, then quit, go on a bike ride across the country and then figure out what came after.

This got modified a bit. Abby took a year off to work, and graduated in 2010.  The stock market downturn in 2008 meant I didn’t quite have the magic $X. Because of a big consolidation project at work I was forced to defer 3 weeks of vacation until 2010.

But if 2009 was a disappointment, 2010 was a triumph. Abby decided to go on the bike trip with me. Beth decided to join in Chicago, after her teaching year ended, but she had a narrow time window. I had 7 weeks vacation accumulated, so we decided to do the trip in that time frame.  During the trip, stocks went up and I hit the magic $X, but came back to work anyway. Abby got married to Luke. Beth and Trey got engaged. Yes, 2010 was a terrific year.

I realize retiring is a luxury these days; the problems are widespread: 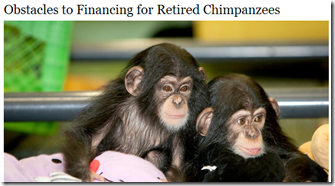 but it’s not going to help anyone else if I keep working full time.

I want to do different stuff, or at least try different stuff.  Do at least some of the stuff I’ve deferred all my life since I started working summers at 16, working at Sears during college, and working generally long hours in the marketing research business.

What will I do?

I’m hedging my bets and staying part time at work, in part to ease the transition.

Bike trip, maybe around Vermont, in the spring.  Longer in the summer. Writing up some of the research ideas that I don’t have time for at my current job. Get ready for grandchildren.

So I think I will stay busy, but will have a bit more control of what I do.