I biked up to the Chicago Botanic Gardens this morning .

It’s Monday, December 31. I’ve never been in the new science building except on the weekend, when the interactive exhibits are there but the labs themselves are dark and lifeless.  So I thought today there might be some activity. Sure, it’s New Year’s Eve, but it’s also Monday.

There were two labs lit. One was empty. The other had a scientist huddled over a paper and periodically looking up something on his computer.

But when he left for a moment, I could see that what he was working on was a crossword puzzle. 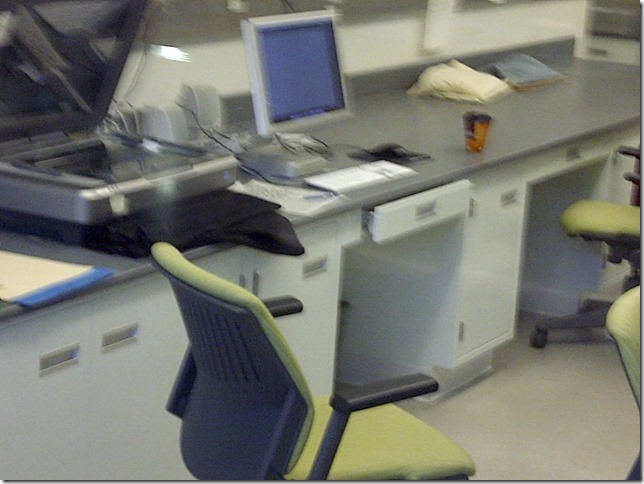 There’s also this nice bike rack in front of the building: 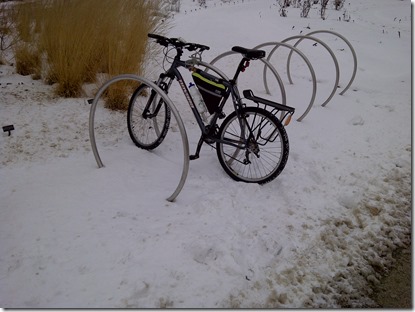 By the way, don’t use the bike path unless you have studded tires. With the studded tires, it was a nice adventure riding over the rough, re-frozen footprints on the icy path. Saw a couple dogwalkers and joggers; no other cyclists although there were a few tracks. 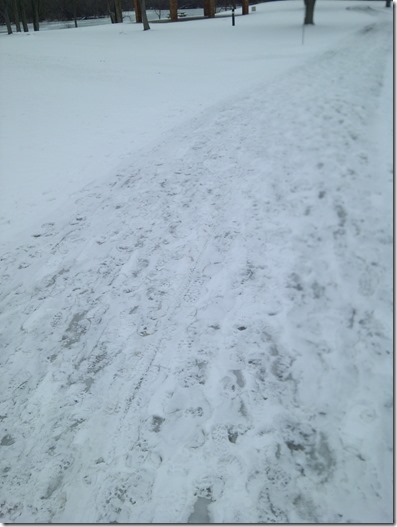