Inflation scaling is everything.

At a time when prices for gasoline, milk, eggs and some other items are kicking up, the following chart of the U.S. Consumer Price Index seems scary, as if prices are accelerating out of control: 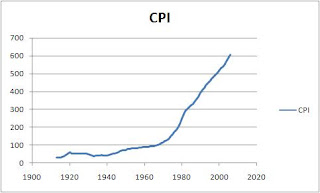 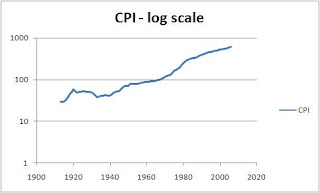 This may not be reassuring, but it at least isn't as panicky.