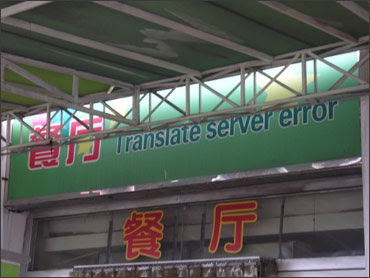 [I received a comment that Peter was probably quoting Terry Pratchett; I haven't verified this, but it certainly sounds Prachett-like. Wikipedia quotes something very similar as Grey's law. This spot says it's Riddell's Law]

The picture above shows the perils of automated translation software. Or maybe it's an anti-Chinese conspiracy.
at 2:03 PM