Spork: The other white weapon 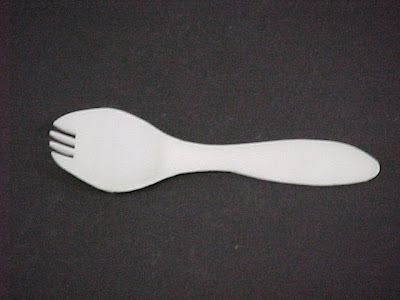 A man who stabbed another man with a spork, a combination fork and spoon, earlier this year in what police said was an attempted robbery was sentenced Thursday to a year in prison for felony assault.

Peter Albert, 52, was originally charged with armed robbery for attempting to steal a man's watch at the intersection of 11th Avenue and Turpin Street in February. The watch wouldn't come off, so Albert ran away after stabbing the victim with what was first believed to be a knife.

Email ThisBlogThis!Share to TwitterShare to FacebookShare to Pinterest
Labels: spork