Arnold Kling, an actual professional economist, has a long post castigating the economics profession for their lack of helpfulness in the current crisis.

Along the way, he considers whether the TARP bailout will work:

Common sense would suggest that injecting capital into banks will not restore confidence if nobody believes that the banks know what they are doing. In that case, the capital injection could turn out to be a waste of resources, keeping financial institutions going when the market is screaming at them to shut down.

Neither I nor anyone else knows what the macroeconomic consequences will be of the various rescue plans and stimulus proposals.

That's more than a bit frightening. But then he goes off a bit:

At best, these moves can be justified as sheer panic. At worst, they reflect a long-term agenda of the Left, which is using the financial crisis as cover for looting corporate America, just as thieves use an urban riot as a cover for looting televisions.

Maybe. But remember it was a "conservative Republican" administration that proposed and ran this, and it was the brainchild of Henry Paulson, former head of the formerly most prestigious capitalist icon in the world [just ask them] Goldman Sachs. And the money is flowing from the government out.

So who's looting whom?

Eisenhower warned of the buildup of a "military-industrial complex", in which the military and the defense industry ended up in joint collusion to the detriment of the taxpayer. If Ike were back today, would he warn of a "Treasury-FRB-Financial complex" with much the same potential harm to the taxpayer?

Recall that the military-industrial complex generated part of its justification because defense is a vital national function. Similarly, the claim now is that the financial system must be saved at all costs.

The headline of Steven Perlstein's article in the Washington Post is "Unfairly Rewarding Greedy Bankers, and Why It Works", which summarizes his line of thought:

Who has benefited from all this? Every investor, every household and every business in the United States. You may not like the fact that, as a result of these actions, overpaid bankers were allowed to hang on to their jobs or preserve the value of their stock holdings. And you may be unhappy that the financial system remains in such fragile shape that it is still hard for some people and businesses to get loans they think they deserve. But let me assure you that things would have been a whole lot worse if these actions had not been taken.

Maybe that's true, but there's pretty scanty evidence of it. Life didn't handle us a control group. One can imagine the $700B TARP bill being rejected last fall, exactly the same stuff happening in the intervening months, and Pearlstein writing that if we'd only passed TARP all this would have been avoided. 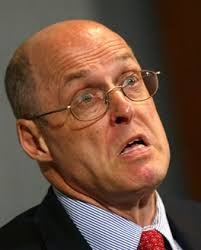 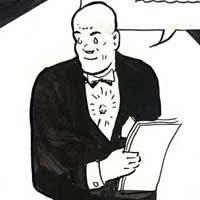