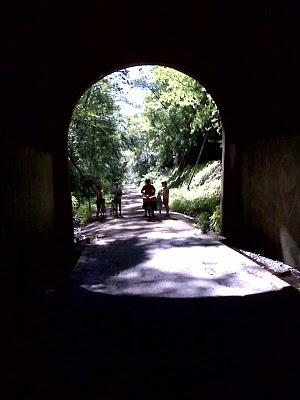 Lots of highlights today.  The Elroy-Sparta trail is very pretty and includes 3 tunnels.  We sang "Happy Birthday to Abby just to hear the reverberation.  We stayed out of the wind while on the trails.  The Bike and Space Museum in Sparta is highly recommended -- a bunch of nice old bikes, some Pearl Harbor exhibits, and space memorabilia -- mostly from Deke Slayton, an original Mercury astronaut.

After lunch and the museum, it was 2 p.m. already so we split up.  Abby and Beth went from Sparta to Onalaska, and I went from Onalaska to Minona, MN.  We'd planned to do these shifts in order, but this way we didn't run so late.

The Great River Trail in Wisconsin (Onalaska west) is a pretty trail with occasional glimpses of the Mississippi River, an Indian burial mound visible from the trail (a small one, nothing like Cahokia -- but the same group of native Americans.  Lots of wetland views in the national wildlife refuge and stage park.

At the end, it's 5 miles in Wisconsin to Winona -- downhill with a nice shoulder.  The bridge itself has a narrow, seemingly plywood floored side path that worked ok since there was nobody coming the other way. 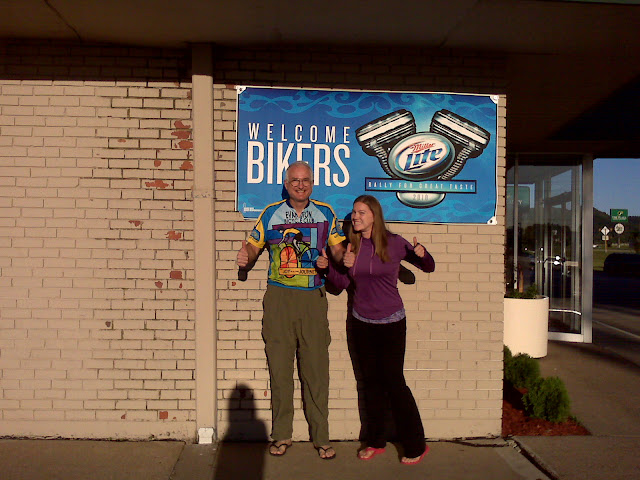 All in all, a great day.  But after a while, the trails all seem a bit the same, so I'm looking forward to hitting the road again tomorrow as we head west into territory I've never been before.  More adventures to come!
at 9:44 PM