Tuesday June 15 Goshen IN to Chesterton IN 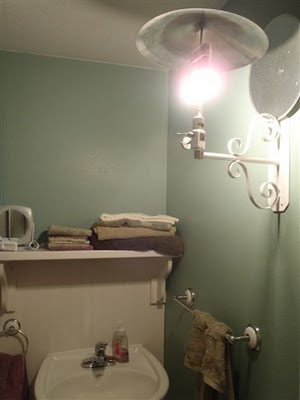 Fortified by a good breakfast and a top-up of the tires (since Abby had a flat yesterday and those minipumps don't get up to 110 psi easily) we left our hosts and headed west.
There's a picture of the gas lights in our hosts' house above. They do a good job of lighting the house when needed.

Once again, we abandoned Google's directions when it seemed to ignore whether the road was paved or not. I don't know how far Osborne isn't paved, but didn't feel inclined to find out since we were supposed to spend an hour on it.

Crosswinds from the south and an overcast day may for great biking and we covered a lot of ground quickly. There was rain ahead of us, rain behind us (it's been raining most of the evening) but we only felt a few drops.
We went past many fields in which mint seemed to be growing, judging from both look and smell. This was a substantially more pleasant odor than the cattle feed lots earlier. Of course, there were also many fields of corn and soybeans.

Camels were an unexpected highlight of the day. The Chicago hot dots in Fish Lake, IN weren't quite authentic (I think they needed celery salt), but the ad for 312 beer made us feel we were getting closer to home.

In the evening, lots of rain -- but we'd been off the bikes for over an hour by then.  Nevertheless, we skipped the 3 block walk to Applebee's for a well-deserved steak and went to a closer Chinese place.  On the way back, Abby caught and released several frogs -- they weren't nearly enough to give her another basket of frogs legs. 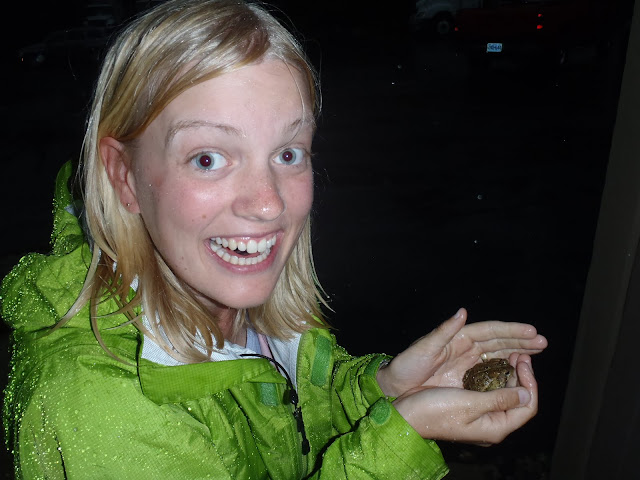