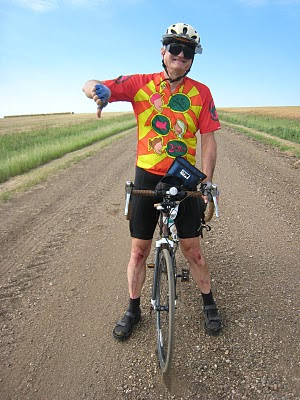 The route 16 bridge over the Missouri is closed in 2010 for repairs, so Deb gave us a ride over the interstate bridge.  We followed 16 until it ended, then what should have been, and probably was, County 9, but was labeled Cooper School Rd.  This road was also 10.3 miles of gravel, uphill as we climbed out of the Missouri River valley.  I wiped out once, and ended up with road rash on both knees and an elbow.

Corn and soybeans gave way to hay fields today.  We had a northeast wind (mostly a tailwind) until late in the afternoon, when it became a strong north wind (crosswind) that blew in rain after we made it to the hotel. 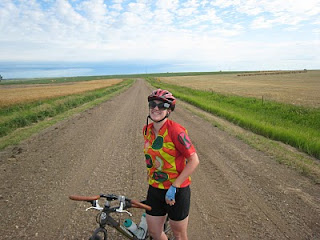 There's a big car museum here in Murdo, but we aren't car people and passed it up.
at 9:42 PM