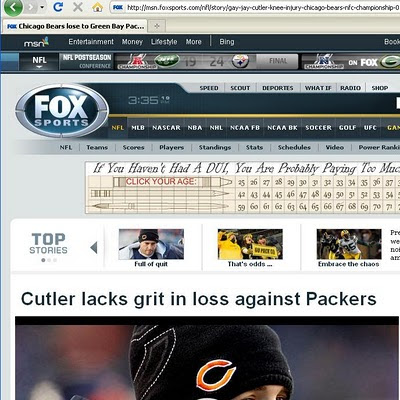 Sure, Fox News takes cheap shots, but Fox Sports does as well.

I’m not a big fan of Jay Cutler, the Chicago Bears quarterback, but it seems unbelievable to me that he could be accused of quitting in yesterday’s game against the Packers.  He had a pretty awful game, and somewhere along the way injured his MCL, but if anything he stayed in the game too long trying to play while injured.