Here goes the 14th Brain Teaser. It is a tough maths question and i'm not even sure if the answer is correct. Hopefully i don't lose the site name. Here goes:

So I decided to test some the Eureqa software, which is some software from Cornell University that test out a bunch of equations to see which ones fit.  Eureqa software is available free from http://creativemachines.cornell.edu/eureqa_download

We enter the data above

We can then use one of these equations to determine what 9304 would become. Let’s pick the first one, since for sure there is no use of trig functions in the average brain teaser! If this equation were true, 9304 would be –24345. 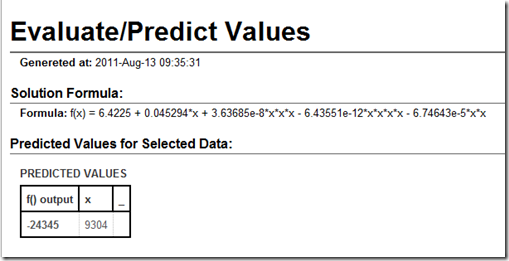 With the thousands of things Eureqa tries, and with only 5 data points, its not surprising that there are several functions which fit the data -- none of which are likely to be the answer famer intended!