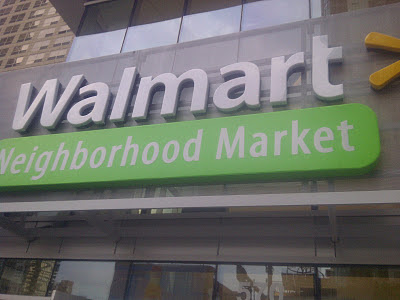 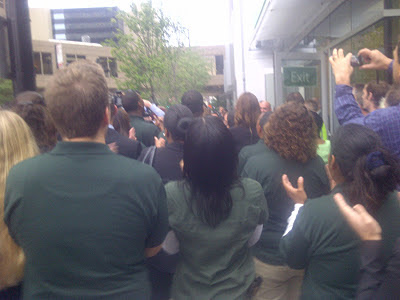 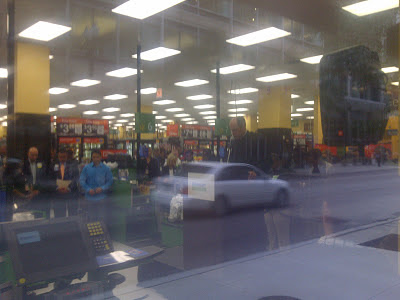 There was a long invocation by a local priest, which I watched from outside.  Then the new employees went outside and did the Walmart song, clapping all the way with the enthusiasm of being both new and on-camera for the local media.  Then the store opened.

It’s a nice grocery store. It replaces an independent (Presidential Market).  I don’t know whether Presidential Market got pushed out by Walmart, or whether the opening of both a Jewel and Dominicks nearby had already cut too much into their business. All 3 stores are there because of the large increase in residential population in the near west side over the last 10 years or so.