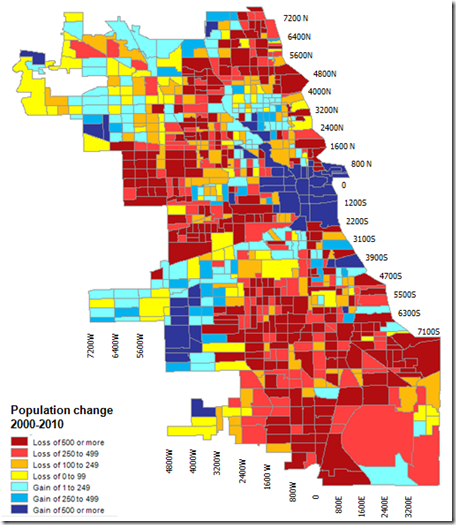 Ed Ziotti has a nice piece on the population changes in Chicago over the last decade, using the Census figures.

Chicago lost population, particularly in the black neighborhoods on the south and west side, which are showing a version of the same emptying-out that affects Detroit and other similar postindustrial cities.

Downtown, there are blue areas that showed substantial growth as housing developments were put in close to downtown. the north side and southwest side also showed growth. These are the higher income areas.