Reading Farley Mowat, I was struck by the fact that the Inuit (Eskimo when I was growing up) tended to consist mostly of meat, and not lean meat, either.

What about the veggies? the fruit?

But, as it turns out, polar explorers have the same issues. What’s recommended?

They [Scott’s men] believed a high level of protein was needed for the exercise they were doing, but nutritionists now know this was not the case.

"Their high-protein diet was probably not good for them," said Dr Mike Stroud, a polar veteran and expert in nutrition.

So what should they have been eating?  Fat.

"Carbohydrate is needed for blood sugar levels, but you want the most energy for the least weight, so in modern times there has been a move to a high-fat diet," Dr Stroud added. 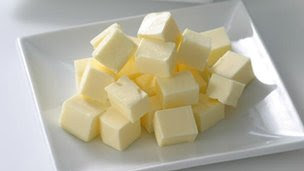 But one foodstuff that has not changed in 100 years of polar exploration is butter.

With twice the calories of the same weight of carbohydrate, butter and other fats can make up 60% of a polar explorer's diet, double the normal recommendation.

"My team mate had chocolate butter to add to meals. Cheese was good, I added cheese to muesli," said Blue Peter's Helen Skelton, who reached the Pole earlier this yea

Scott’s expedition budgeted 4,500 calories a day, but this was about 3,000 short of what was needed – and after they started to pull the sleds themselves they may have needed about 11,000 calories a day.