Just when you thought Belvedere Vodka couldn’t get any stupider.

Remember this ad? Well, who could forget it! 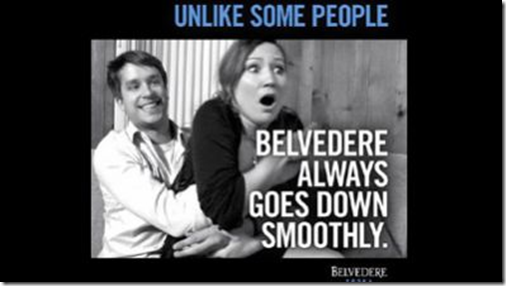 Not that the ad itself ran long, but it has achieved the sort of immortality that you don’t want.   Now it turn out that not only is this ad seeming to endorse the sexual assault, the image itself may have been stolen from the woman who owns it.

Alicyn Packard is suing Belvedere Vodka for negligent infliction of emotional distress and misappropriation of likeness, claiming the image was taken from a comedy video produced by her company, and was used without her permission

So, an assault on actual intellectual property in order to show a sexual assault in order to sell a product that can cause you to inappropriately lose your inhibitions. Well, I guess this shows vodka can make you stupid.