Monopoly, and the game metaphor of life

Christopher Ketcham has a very interesting article on the history of the Monopoly board game in Harpers. http://harpers.org/blog/2012/10/monopoly-is-theft/?single=1

Monopoly’s predecessor games were more utopian, and depended more on cooperation and were called “The Landlord’s Game” with many local variations played on informally constructed boards. (More information on this history at http://landlordsgame.info/ ) 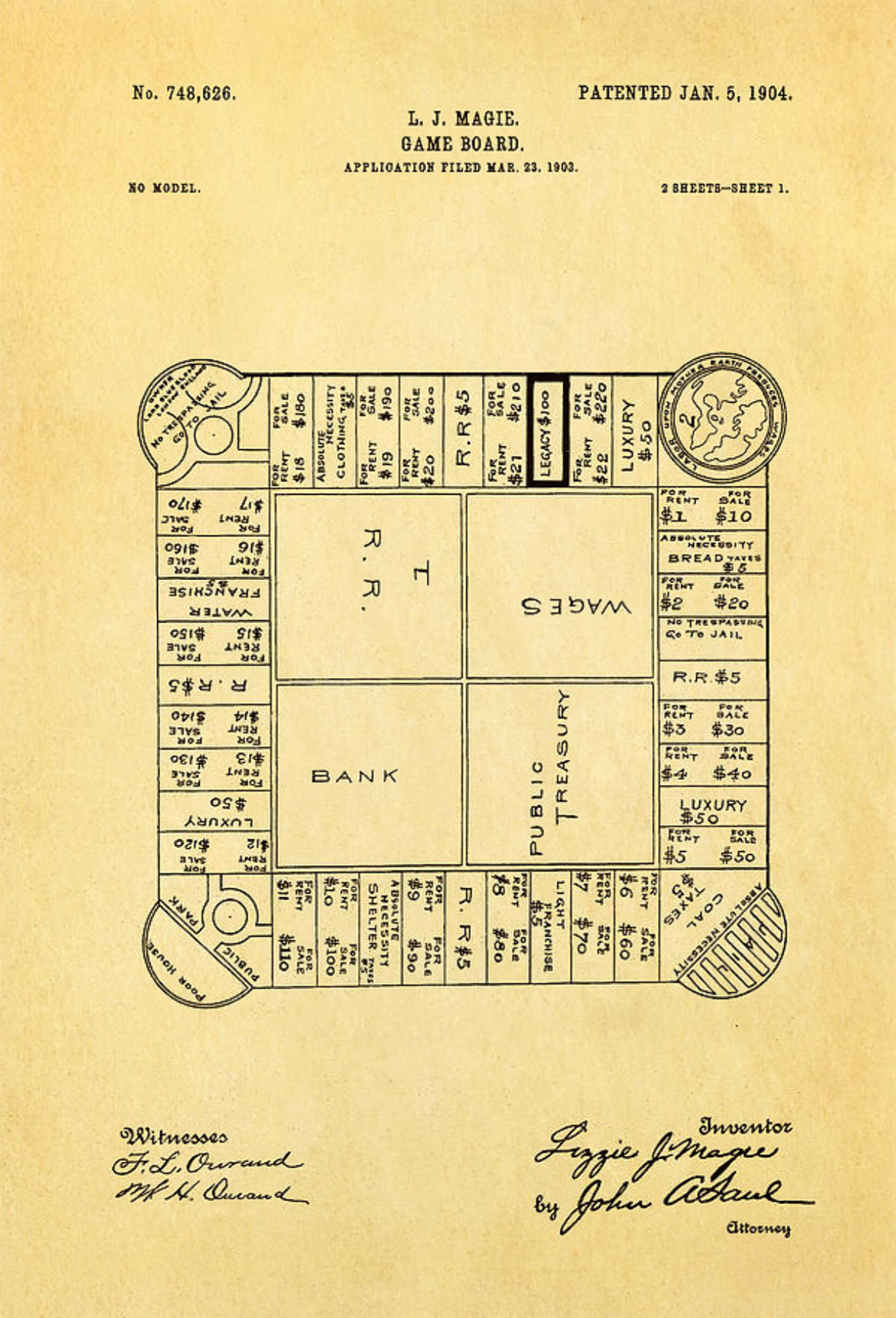 There is a connection to the socialist economic theories of Henry George. But this is the paragraph that caught my eye:

One of Anspach’s first discoveries as he built his case [that his game “AntiMonopoly” did not infringe on Parker Brothers’ “Monopoly”] was the existence of The Landlord’s Game. But he could not explain how Magie’s invention, with its promotion of socialized land and shared wealth, had been transformed into the proprietary commodity that made billions of dollars for Parker Brothers. The key to the mystery, he learned, was a radical socialist professor of economics named Scott Nearing, who taught at the Wharton School of Finance from 1906 to 1915. Anspach spoke to Nearing in 1974, when Nearing was ninety-one years old. The professor said he had learned to play the game around 1910, while living in Arden, then taught it to his students at Wharton in order that they might learn, in his words, “the antisocial nature of monopoly,” and in particular “the wickedness of land monopoly.” The students apparently taught it to their friends. It was around this time that the game became known as “monopoly”—denoted in lowercase, like checkers, chess, or dominoes. The game spread widely over the next several years, to the hometowns of Nearing’s students and to other universities. It would slowly lose its antimonopolistic message, however, as players came to the conclusion that Magie’s vision of Georgist redistribution was not nearly as entertaining as ruining one another.

Well, what would you expect from a bunch of business school students?

But this let’s me ponder the nature of games and competition. In particular, games seem like just competition. One team wins, the others lose.  And sometimes business competition is phrased in terms of competition, even warfare. (e.g.  Ries and Trout’s Marketing Warfare). http://www.amazon.com/Marketing-Warfare-Military-Principles-Strategies/dp/0886840821 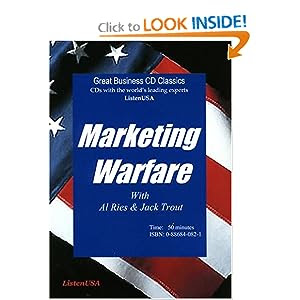 But in a broader sense competition and cooperation are siblings

But in a broader sense competition and cooperation are siblings. Let’s look at some examples.

Each group of people who play Monopoly tends to have it’s own “house rules”. Some put $500 on Free Parking, which adds more randomness to the game (and makes it much longer). Others put all taxes and fines from Chance and Community Chest on Free Parking, with similar effects.  Some play that you get $400 if you land on “Go”. My mother’s family allowed unlimited borrowing from the bank, with the result that games lasted for days.

But not all house rules slow down the game. As kids, we mortgaged and umortgaged at will, without paying the 10% fee, which makes the math simpler and speeds up the game by increasing the advantage to the first person who gets a color monopoly.

2. Let’s make the situation more complicated and look at team games like basketball – specifically pickup basketball. The game is inherently competitive, but depends on that shared conceptions of the rules. Is a basket worth one point, or two/three? Do you get to keep the ball after you score, or do you switch? How are fouls handled?

In addition, while the goal is to win, in a pickup game the teams are generally picked in a way to make them the most even. “Picking teams” by alternating choices is inherently both competitive (to see who can pick the best team) and cooperative (because more even teams produce a better game).

Businesses are both competitive and cooperative

3. Now let’s shift to capitalistic businesses, where competition seems cut-throat. I work for IRI, and Nielsen is our major competitor. I remember being in company meetings in the 1990’s and having George Garrick (the company president, who had earlier been president of Nielsen) have us all chant “for us to win, Nielsen must lose”.

But this vision of ruthless competition is wrong on many counts.

a. In competition between A and B,  it is companies C, D, E … who may lose.  I heard John Scully (then at Pepsi) talk about the Pepsi Challenge ads against Coke. He said these ads had helped Pepsi, but not hurt Coke. Instead, Pepsi had gained at the expense of other companies (Royal Crown, Dr. Pepper, Canada Dry and other smaller companies).

b. The aim of a business is to make money, not to bankrupt other companies. Making your competitors go out of business might help, but isn’t necessary.  Your stock will go up even if you make less money than your competitors, because your industry as a whole will look profitable.

c. Cooperative behavior that makes the industry larger may make all companies more attractive. This is behind such cooperative behavior as the agreement on standards. For example, we expect all PCs to have a standardized ports that can use standard cables and standard protocols to communicate with monitors, projectors, the internet, printers, and other devices.

d. On the downside, cooperative behavior among businesses can increase profits in a disfunctional way.  Price-fixing is one example that’s definitely illegal. Industry lobbying groups are another that’s legal, but often seems disfunctional to those outside the industry – e.g. the laws that prohibit the government from negotiating with drug companies to drive down certain prices (which is why Canadian pharmacies are cheaper).

Have to throw evolutionary psychology in here somewhere, I guess

4. Let’s consider some cartoonish version of our stone age ancestors. Clearly, there is competition for resources – to bring home more of that wooly mammoth in order to win the most desirable mate and support your family.  But without cooperation you aren’t going to be able to get that wooly mammoth.  These strains of cooperation and competition are natural without our fabric.

One might contrast this view with a cartoonish view of social insects such as ants. Most of the ants are workers and cannot reproduce, so they are fully cooperative within the colony because the colony’s survival is now they reproduce their own genes. But even here there is competition between ant colonies.  And that competition is more interesting to us, as humans, than the cooperative part – the game “Sim Ant” for example shows competing ant colonies, not how jobs are split out competitively.