It’s common for people to confuse levels (how many) with growth rates (changes), but it’s pretty unusual to see it in these sources.

Economist Tyler Cowen (blogging on Marginal Revolution) is where I first saw this report:

The “more” points to an article in the Financial Times: 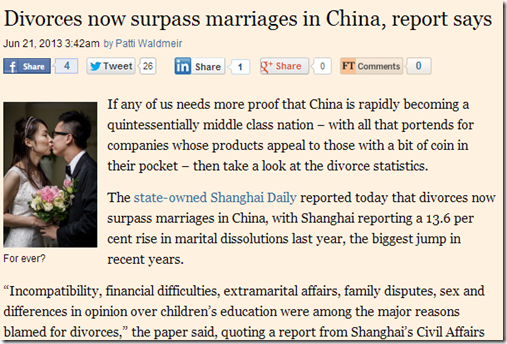 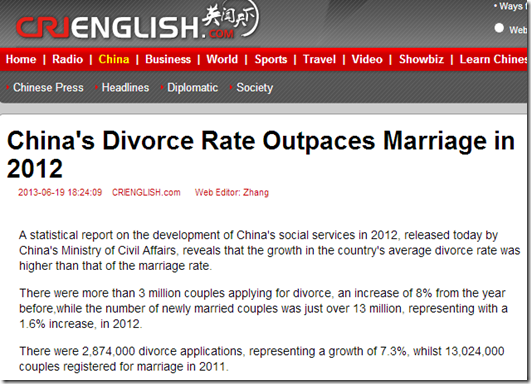 The original article in the Shanghai Daily doesn’t allow a direct comparison (and is likely a translation) but clearly uses the term “divorce rate”. That’s a bit ambiguous, since it could refer to “divorces per 1000 people” versus “marriages per 1000 people” or just that the rate of increase in divorces was higher than the rate of increase in marriages.  In any event, the only specific numbers cited refer to Shanghai, not China. 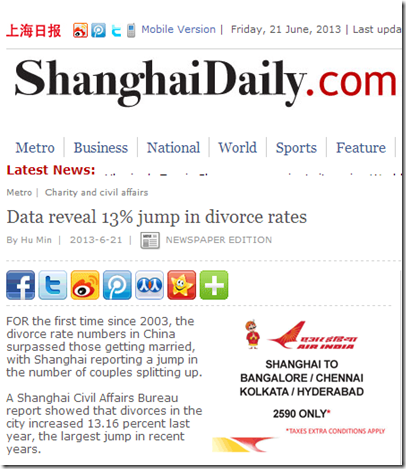 It’s not surprising that the divorce rate is increasing in China, for various reasons (including a short-term one relating to tax law changes).  But it looks like even a reputable newspaper and a knowledgeable economist were making a common statistical error in confusing levels and rates of change.