My second patent is now official. It’s not really my patent; it’s for work I did at IRI, and IRI owns the patent.  I’m also not the only name on the patent; Romesh Wadhwani is also on the patent.  Together, our net worth is 2.1 billion dollars. Unfortunately, that’s a bit one-sided. 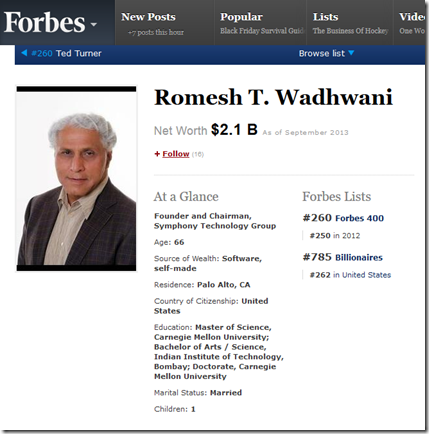 Romesh didn’t actually have much to do with the specific point patented, but he owned the company and sponsored this research for several years, to enable the development of a potential business which it was his idea to move forward on, so if he wanted his name on the patent I was fine with it.

Once he sold the company, the new owners weren’t interested in investing in that business, so it doesn’t seem likely the patent will be used.