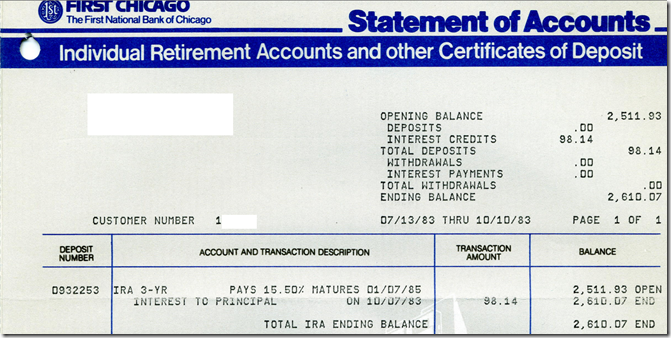 That rate was atypically high; a 2% real return for a low-risk investment is probably more typical.

So what about now? In 2012, the Consumer Price Index went up 1.6%. Checking the same bank today (now Chase), the 3 year CD rate is 0.15%, substantially below the rate of inflation. So, the real interest rate is negative (and has been negative basically since the Federal Reserve started pumping free money into banks in 2008). 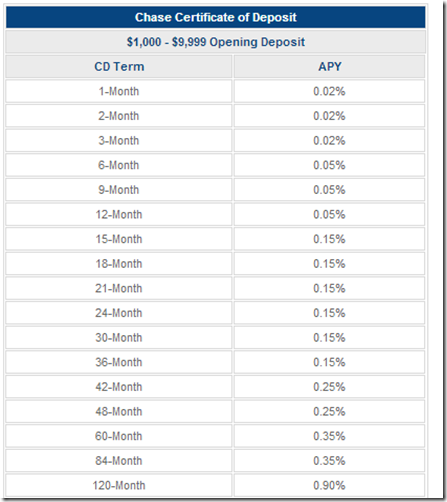 Of course, this is one more way to transfer risk to individuals and households. (Others include the use of 401k or 403b plans instead of defined benefit pensions.)  My parents could save for retirement investing almost entirely in CDs and US Savings Bonds.  The real rate of interest earned wasn’t very high, but was enough.  But with the real rate of return on CDs negative, people are pushed into riskier investments.